The working of digital computers, smartphones, etc all have some underlying basic logic manipulating just 0s and 1s to come up with interesting outcomes. With design specifications, we convert our idea into silicon.

The design process of achieving it starts with our specifications on hand, then modelling them using Hardware Description Languages (HDL) like Verilog which describes the functionality as code in RTL Level. The RTL is then transformed into a GDSII file (or OASIS file) automatically using EDA (Electronic Design Automation) tools. The verification of the logic is a must and can’t be done manually as the design complexity has been exploding for the past several decades. Test benches and test cases are developed to verify the correctness of the logic as per the specification.

The circuit may be combinational i.e., which gives some output based on current input values or sequential where we include memory elements to make the output as a function of past output values.

A Generic combinational block is represented as

As an example, an adder circuit

This circuit takes two input bits along with the carry bit from the previous stage of the adder(if it’s the first stage maybe we can take C_in as 0). The circuit performs the addition of two bits along with carrying and results in sum and carry out bits as per the truth table given below. 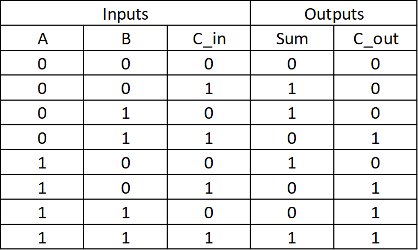 A Generic sequential circuit is represented as

A two-bit asynchronous counter is as shown 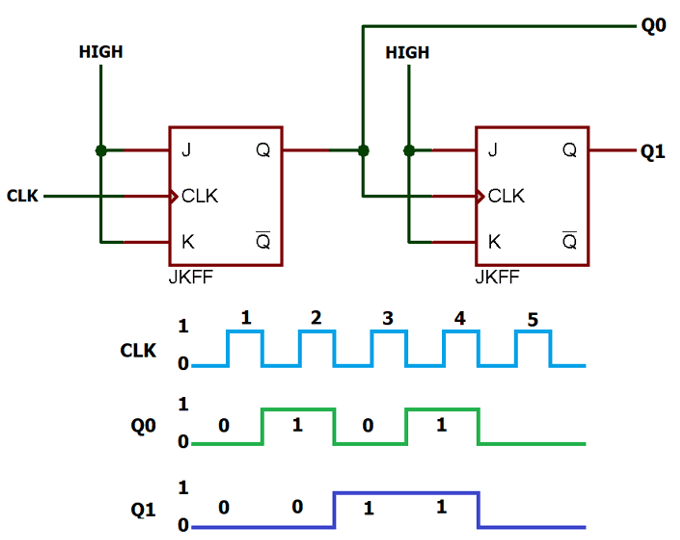 This block counts 0, 1, 2, and 3 repeatedly. The JK Flip Flop with both inputs as HIGH results in toggling of the output as the circuit gets triggered.

Verilog is one of the many available HDLs used for modelling such circuits. Verilog makes logic blocks that implement one functionality as a module. The inputs and output from the logic design are named ports. The syntax for creating a module is as shown

Typically, the design was verified using test benches written again in Verilog. The test benches call to instantiate the design module and provide necessary test inputs exercising the module. The output signals are observed to see the values given by the design. The output is then compared to the reference model which gives the expected output. The comparison explains whether the design is performing as expected.

A sample Verilog code that implements full adder is as follows 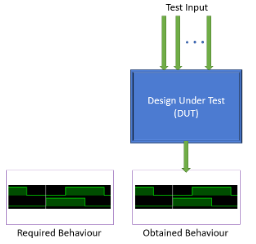 Full adders are simple and just require hardly a few minutes to test their functionality. Think of some complex circuits like code converters or finite state machines that do some complex tasks, which require many test cases to be tested upon. Manually verifying the logic by giving a set of inputs and comparing it with the expected one is tedious in this case because there are many different cases to test with a lot of input bits.

Use of verification tools (like Vyoma’s UpTickPro which is being used during the hackathon) can automatically give input and check for proper output and return a summary of the test. Now the verifier writes in a file the possible inputs and expected output. The tool will take up the design in HDL and provide input as mentioned and compare the output with the expected one and return a summary of the testing.

Are you excited to get hands-on with all the above tricks and techniques for FREE? Join the upcoming “Capture the Bug” hackathon and experience this exciting field by yourself 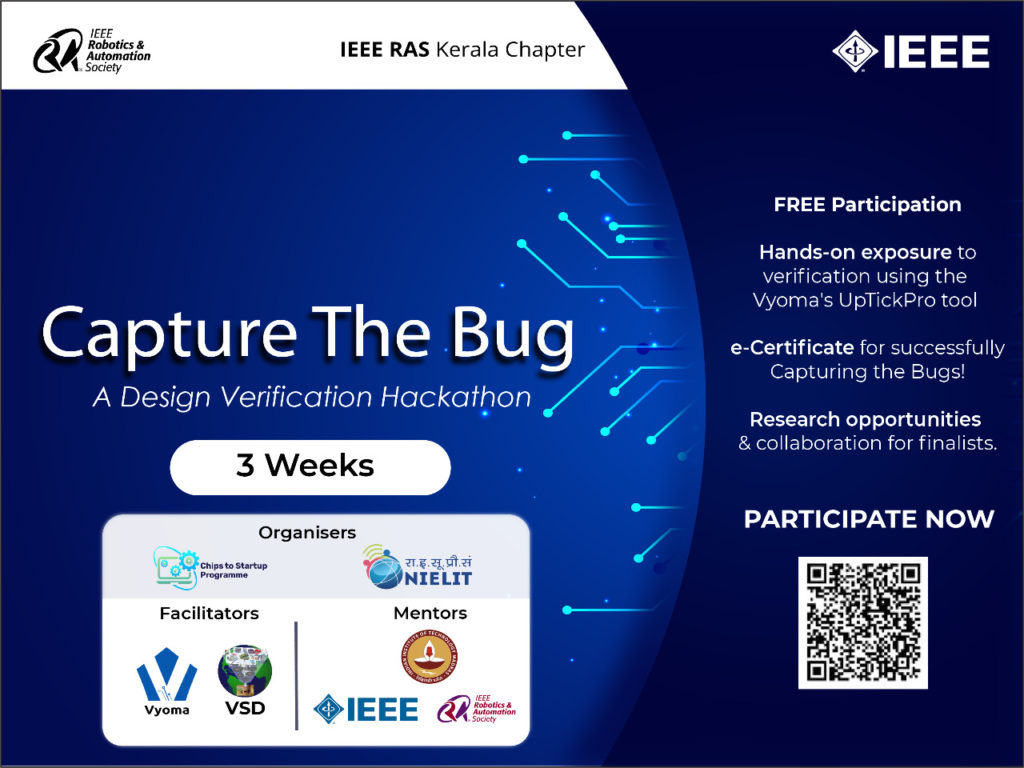