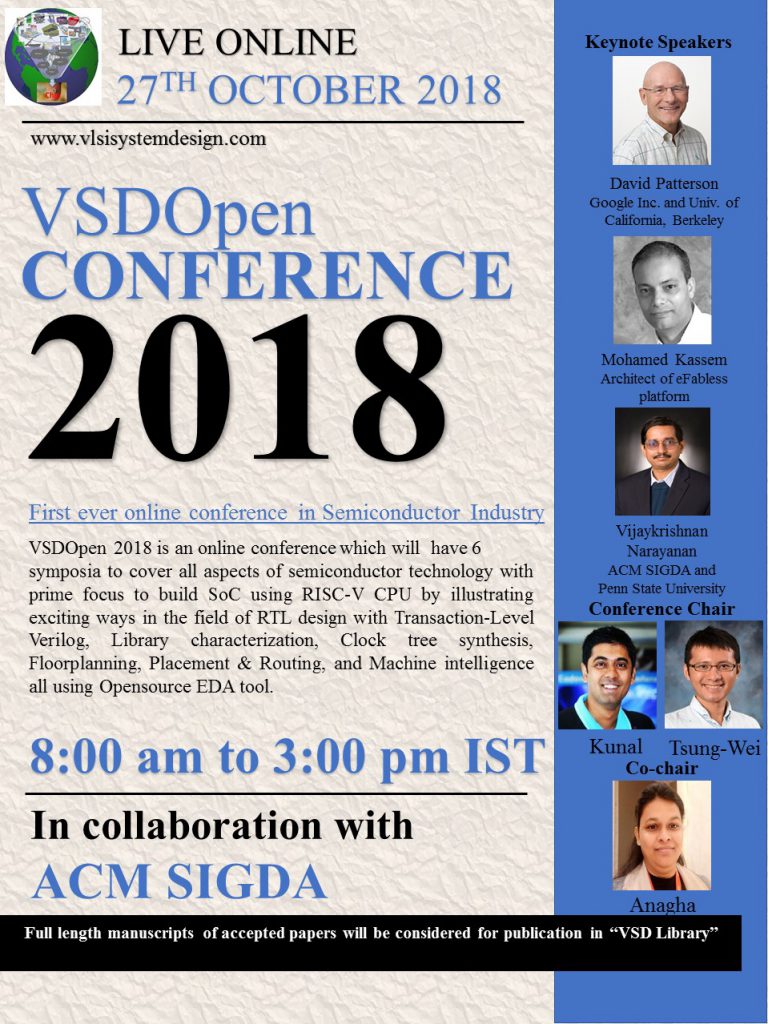 Plan now to participate in VSDOpen Conference 2018, first ever online conference for showcasing the Semiconductor technology and design developed in Open source environment. VSDOpen will be held online on 27th October 2018 in collaboration with ACM SIGDA.

VSDOpen 2018 is an online conference which will have 6 symposia to cover all aspects of semiconductor technology with prime focus to build SoC using RISC-V CPU by illustrating exciting ways in the field of RTL design with Transaction-Level Verilog, Library characterization, Clock tree synthesis, Floorplanning, Placement & Routing, and Machine intelligence all using Opensource EDA tool.

Biography: After 40 years at UC Berkeley, David Patterson became an Emeritus Professor and started working in Google Brain. He is also Vice-Chair of the RISC-V Board of Directors. He has been Chair of Berkeley’s CS Division, Chair of the Computing Research Association, and President of the Association for Computing Machinery. His most successful research projects have been Reduced Instruction Set Computers (RISC), Redundant Arrays of Inexpensive Disks (RAID), and Network of Workstations. This research led to many papers, seven books, and about 40 honors, including the ACM Turing Award, IEEE von Neumann Medal, member of the National Academy of Engineering, the National Academy of Sciences, the Silicon Valley Engineering Hall of Fame, and Fellow of the Computer History Museum and both AAAS societies. At Berkeley he is interested in computer architecture to improve security and at Google he helps with future Tensor Processing Units (TPUs).

Biography: Mohamed Kassem is the cofounder and CTO of eFabless corporation. Prior to launching eFabless in 2014, Mohamed held several technical and global leadership positions within TI's Wireless Business Unit. He joined TI in 2000 at the beginning of the digital telephony revolution fueled by the unprecedented integration of major phone functions on a single SoC.He led the first development of 45nm, 28nm analog & mixed-signal IP functions for wireless applications processors. Mohamed holds a Masters degree in Electrical Engineering from the University of Waterloo, Ontario, Canada. 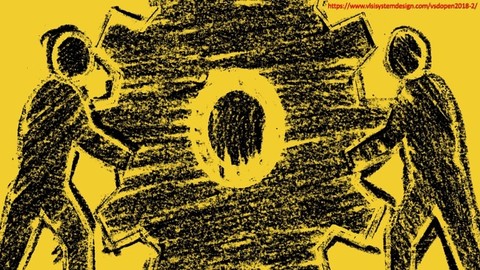 Presentation of the video courses powered by Udemy for WordPress.