Skip to content
Hi
If you have missed VSDOpen2018, I really feel that energy can’t be bought back in a blog, but here you can go through what was talked about in the conference by each keynote speaker.

Let me give you a glimpse of all talks that happened at VSDOpen2018. The first keynote was by Prof. David Patterson and his topic was “A new golden age of computer architecture: History, challenges and opportunities”

I will brief you about this keynote, as is mentioned by Prof. David Patterson and detail presentation can be found under below link: 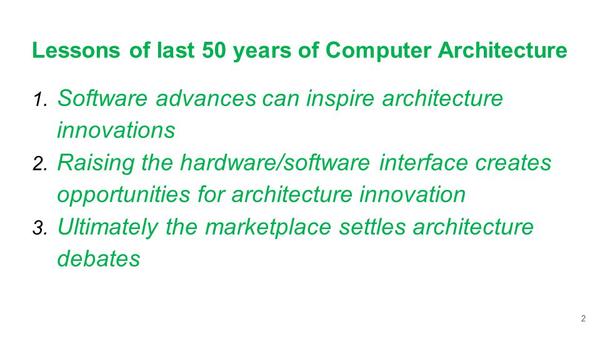 In last 50 years, there are 3 lessons that we can draw. First – software advances can inspire architecture innovations. Second – when we raise the hardware/software interface, it creates opportunities for architecture innovation. Third – in our field, the way we settle these debates, isn’t by just arguing in a bar, rather people spent/invest billions of dollars to investigate their ideas and marketplace settles these debates

Let’s start off going back 50 years and a problem that IBM had, is that they had 4 incompatible lines of computers. 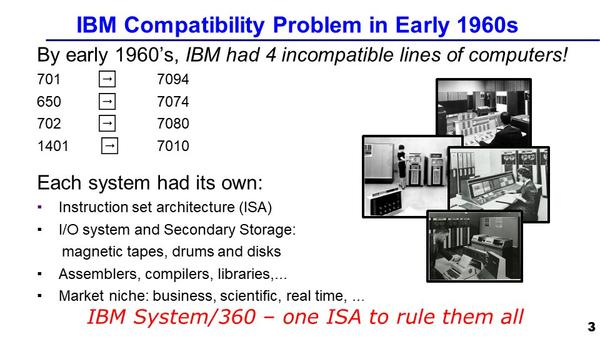 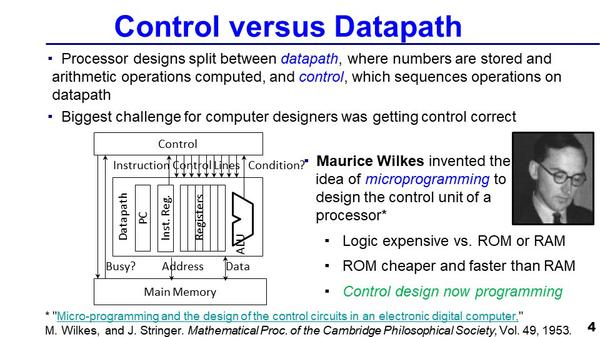 An idea that Maurice Wilkes had (he was the second person to win Turing award) was to simplify control is by specifying 2-dimensional array, with each column being control line, and each word, he called that as micro-instruction, so the programming of this is called microprogramming. And basically, back then, the logic was lot more expensive than ROM or RAM, but ROM was cheaper than RAM. But he was inspired by software to specify control

So, IBM decided to pull that off and bet the whole company on the idea that they can have one instruction set for all the below 4 different business lines 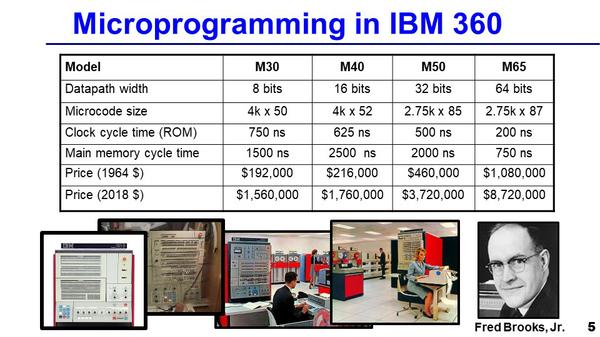 And you can see in above example that data path differed by a factor of 8, the clock speed by almost a factor of 4 and the cost, in today’s dollar, went from $1.5M to almost $9M. So, IBM bet the company, that this idea would work, and they won the bet, that dominated the industry for decades and in fact, even today, a descendant of these computers, is still a $10B/year income for IBM, 150 years later.

One of the persons, who led that effort was Fred Brooks, Jr., another Turing Award winner, who led the IBM360 project

In next blog, a continuation of this one, let’s go from mainframe computers to mini computers. All the best and happy learning….