What I did in 8-weeks-VSD Internship? – Graph Extractor from Spice Netlist & Euler Path Generator

The Problem — (Circuit to Layout Conversion)

No. of Foundries → TSMC,GF,Intel,Samsung, UMC etc.  As the technology scales down, all these foundries release their versions of PDK and  these PDKs are different for different foundries.

Standard Cell Layout Generation → Characterized Std Cells are required for the PnR process. Every time the tech node changes, the Char. Engineer/Layout Engineer has to draw the circuits for the basic std cells and lay it out individually. This is a time consuming process. (Given the exorbitant no. of cells ). The idea is to automate the std cell layout generation for various std. Cells.

MAGICAL → (Machine Generated Analog IC Layout) — This is a collaborative project by UT-Austin (David Z Pan) and is financed by DARPA. (https://github.com/magical-eda/MAGICAL

This idea was extremely hard for me to implement. 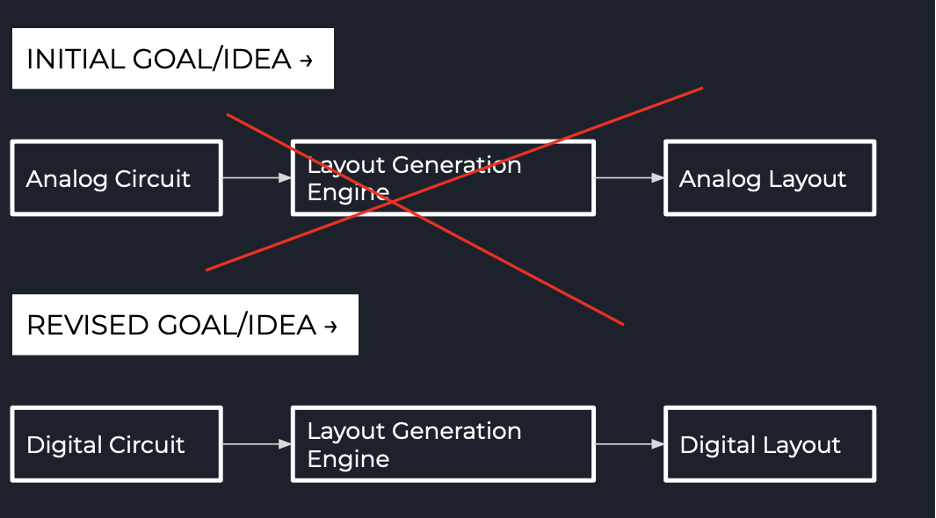 We then pivoted to generating Digital Layouts. Although there are Digital Layout Generators available, we tried to get some hands on developing the project.

Context — We are working with Digital Circuits. 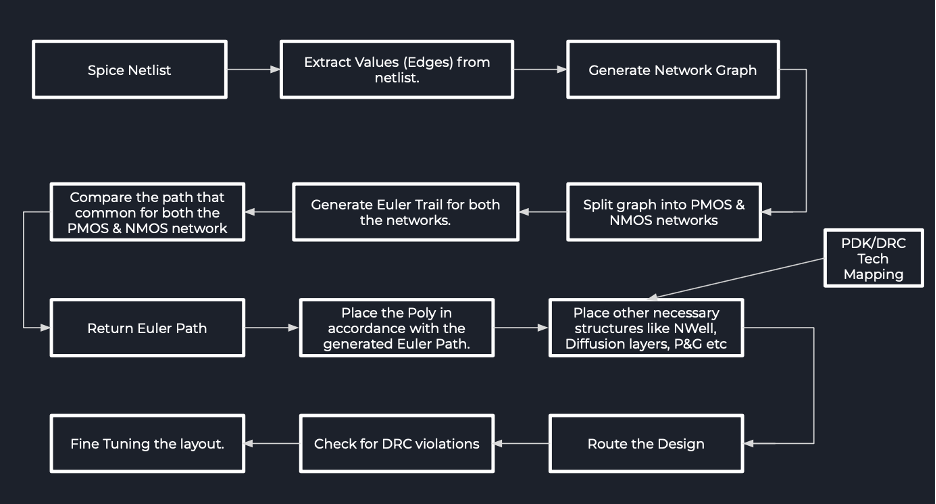 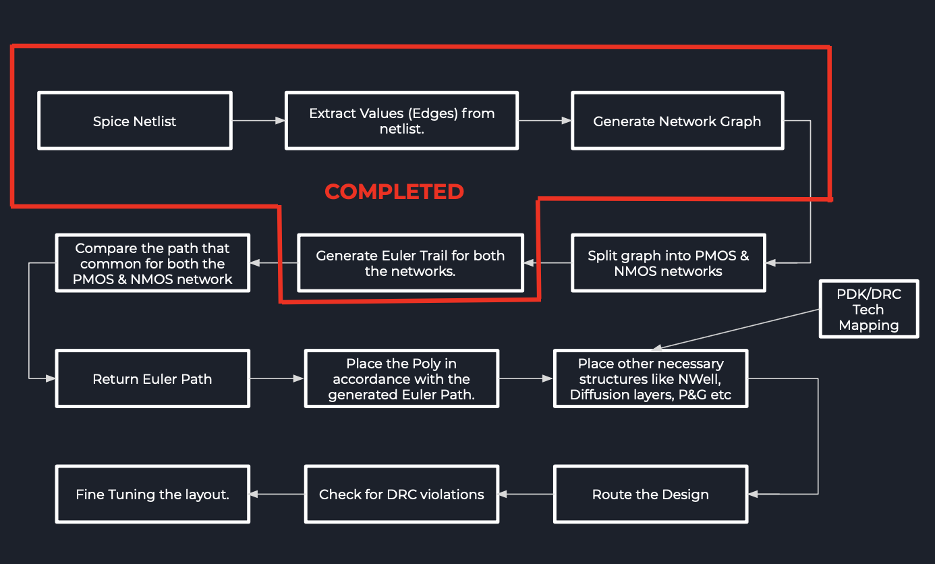 Euler Path gives us the optimal way to place the poly so that there is no discontinuity in P and N diffusion layers, to avoid congestion and unnecessary over usage of routing resources. 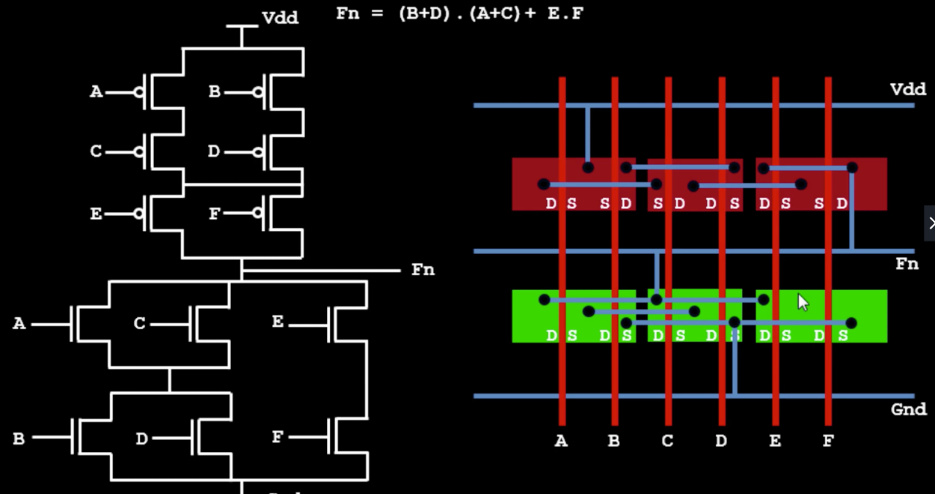 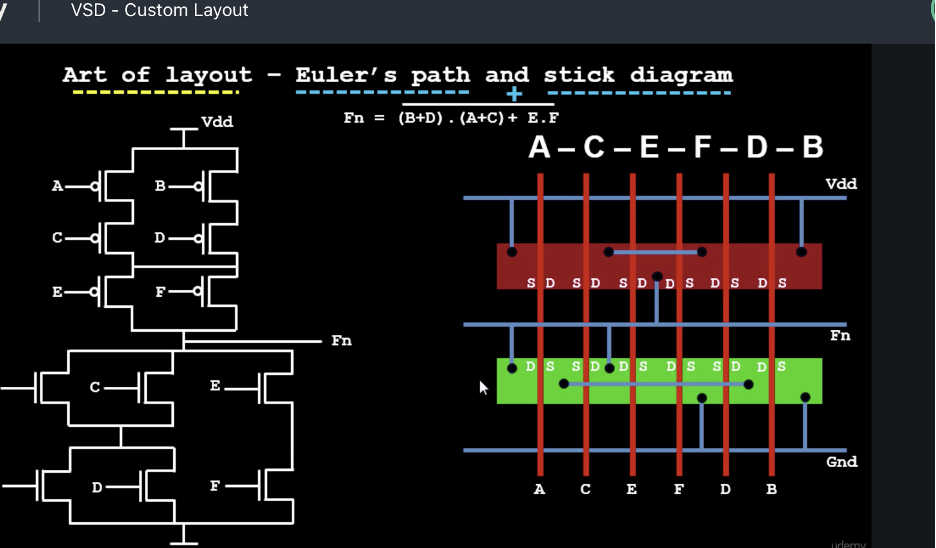 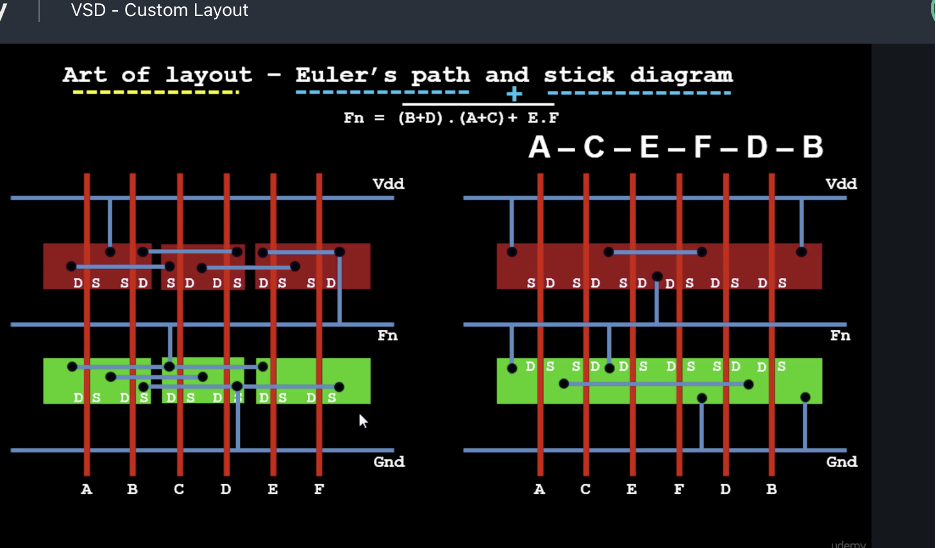 Euler Path — Eulerian Path is a path in a graph that visits every edge exactly once. Eulerian Circuit is an Eulerian Path which starts and ends on the same vertex. (https://www.geeksforgeeks.org/eulerian-path-and-circuit/) Eg. 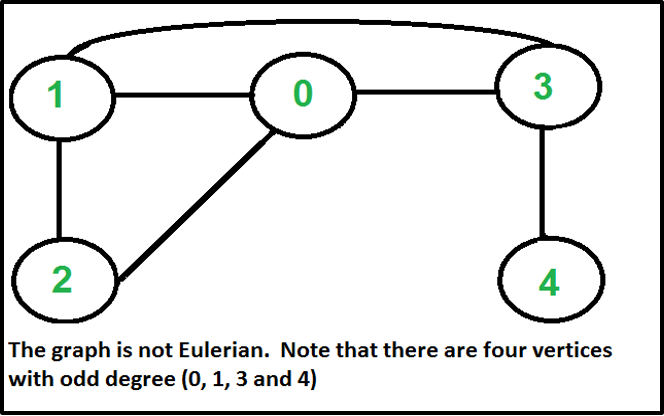 How to find whether a given graph is Eulerian or not?

The problem is the same as the following question. “Is it possible to draw a given graph without lifting a pencil from the paper and without tracing any of the edges more than once”. 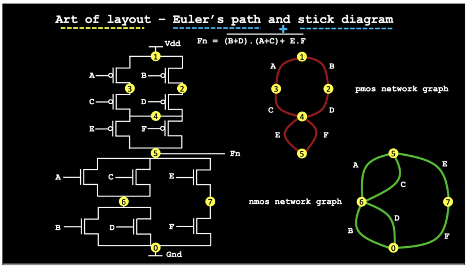 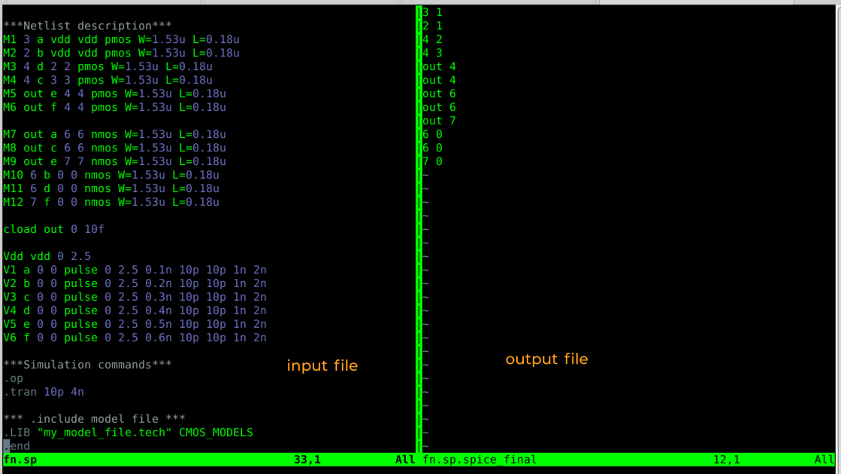 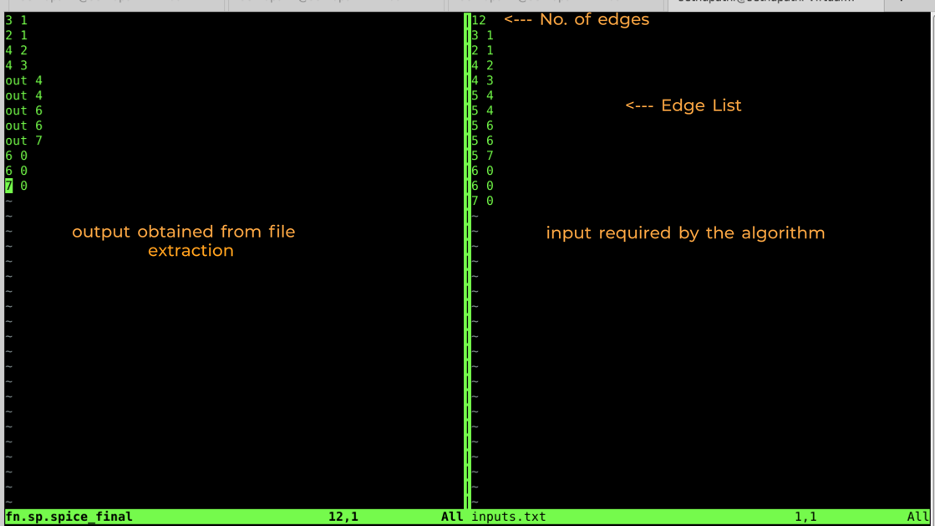 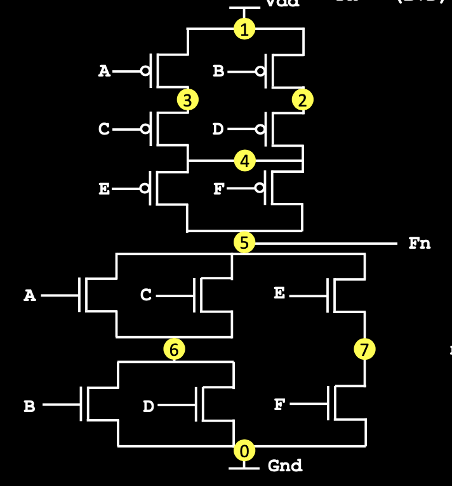 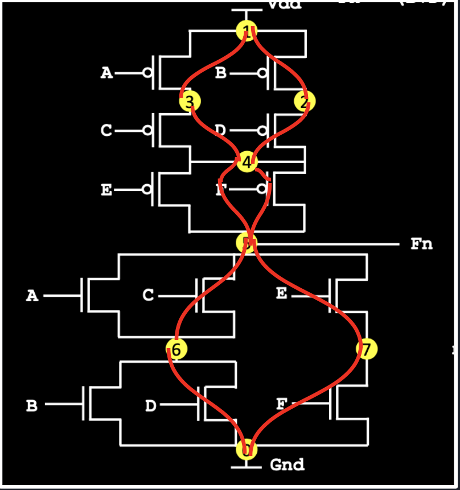 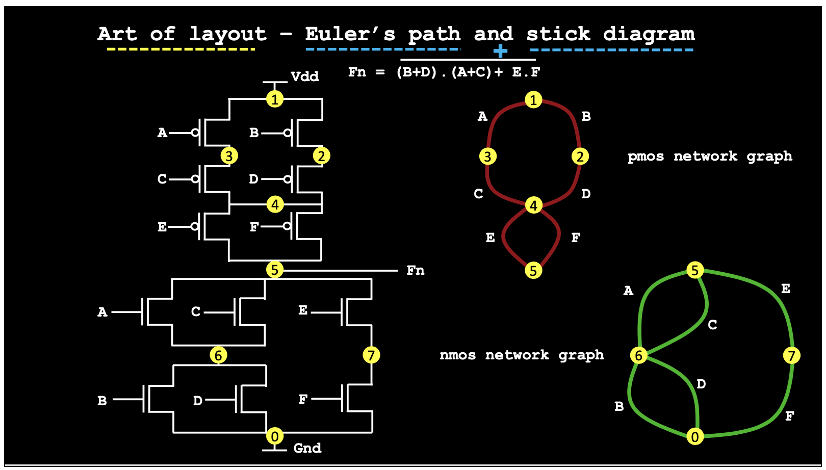 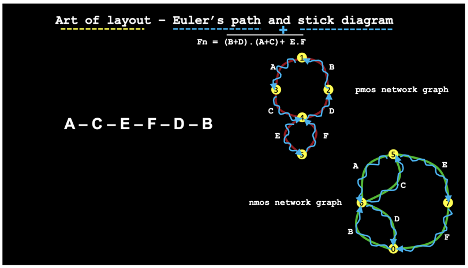 Detailed Reference and Source Code can be found here — (https://github.com/sethupathib/vsdGraphExtractor)