Welcome to the World’s only online conference in Semiconductor Industry VSDOpen Conference 2019. With enormous support and global presence of audience from different segments of industrial lobby and academia made this a highly successful event.

Evolution is change in the genetic makeup of a population over time, online conference is one kind evaluation everyone adapt soon.

Please find the presentation by our Keynote Speakers and all selected papers :

Andrew B. Kahng is Professor of CSE and ECE and holder of the endowed chair in high-performance computing at UC San Diego. He was visiting scientist at Cadence (1995-97) and founder/CTO at Blaze DFM (2004-06).  He is coauthor of 3 books and over 500 journal and conference papers, holds 34 issued U.S. patents, and is a fellow of ACM and IEEE.  He has served as general chair of DAC, ISPD and other conferences, and from 2000-2016 as international chair/co-chair of the ITRS Design and System Drivers working groups. He is currently PI of “OpenROAD” https://theopenroadproject.org/, a $12.4M U.S. DARPA project targeting open-source, autonomous (“no human in the loop”) tools for IC implementation.

Calista Redmond is the CEO of the RISC-V Foundation with a mission to expand and engage RISC-V stakeholders, compel industry adoption, and increase visibility and opportunity for RISC-V within and beyond the Foundation. Prior to the RISC-V Foundation, Calista held a variety of roles at IBM, including Vice President of IBM Z Ecosystem where she led strategic relationships across software vendors, system integrators, business partners, developer communities, and broader engagement across the industry. Calista’s background includes building and leading strategic business models within IBM’s Systems Group through open source initiatives including OpenPOWER, OpenDaylight, and Open Mainframe Project. Prior to IBM, she was an entrepreneur in four successful start-ups in the IT industry. Calista holds degrees from the University of Michigan and Northwestern University.

Keynote 3: Fabless: The Transformation of the Semiconductor Industry, Daniel Nenni Founder of Semiwiki

Biodata: Daniel has worked in Silicon Valley for the past 35 years with semiconductor manufacturers, electronic design automation software, and semiconductor intellectual property companies.Daniel Nenni is the founder of SemiWiki.com (an open forum for semiconductor professionals) and the co-author and publisher of “Fabless: The Transformation of the Semiconductor Industry”, “Mobile Unleashed: The Origin and Evolution of ARM Processors in our Devices”, “Prototypical: The Emergence of Prototyping for SoC Design”, “Custom SoCs for Iot: The Emergence of Custom Silicon for IoT Devices” and “SoC Emulation Bursting into its Prime”.Daniel is an internationally recognised business development professional for companies involved with the fabless semiconductor ecosystem.

Biodata: Zvonimir Z. Bandić is the Research Staff Member and Senior Director of Next Generation Platform Technologies Department in a Western Digital Corporation in San Jose, California. He received his BS in electrical engineering in 1994 from the University of Belgrade, Yugoslavia, and his MS (1995) and PhD (1999) in applied physics from Caltech, Pasadena, in the field of novel electronic devices based on wide bandgap semiconductors.He is currently focusing on emerging Non-Volatile Memories (PCM, ReRAM, MRAM) applications for data center distributed computing, including RISC-V based CPU technologies, in-memory compute, RDMA networking, and machine learning hardware acceleration. He has been awarded over 50 patents in the fields of solid-state electronics, solid state disk controller technology, security architecture and storage systems and has published over 50 peer-reviewed papers.

Dr. V. Kamakoti received the M.S. degree and the Ph.D. degree in computer science and engineering from IIT Madras, Chennai, India. He is currently a Professor with the Department of Computer Science and Engineering and Associate Dean at ICSR,IIT Madras. He has more than 15 years of experience in computer systems development and specializes in the area of computer architecture, CAD for VLSI, and high-performance computing.Dr. Kamakoti took India’s first RISC-V based SHAKTI Processor initiative which aim to break the barrier between Academia and Industry by providing open-source Processor and SoC designs. He has authored a number of research papers that have been published in various international journals and in the PROCEEDINGS of many scientific conferences. Dr. Kamakoti also has interest in writing literature and has published Ganiporiyum Adipadiyum, a book in Tamil released in 1992.Dr. Kamakoti was research guide for 10 PhD students who have already graduated and 9 are ongoing. The paper entitled A Parallel Genetic Approach, using artificial neural networks, to temporal partitioning and synthesis for reconfigurable architectures won the Excellent Presentation Award at the Third Inter- national Symposium on Advanced Intelligent Systems (ISIS) held at Tsukuba, Japan, 2002.Dr. Kamakoti received DRDO Academic Excellence Award instituted by DRDO in recognition of the contribution from Academicians to various programs of DRDO. Recently, Dr. Kamakoti was awarded  Techno Visionary Award, which is a lifetime achievement award given to an Indian academician, who made significant contributions to the field of Electronics and Semiconductor through research and development. 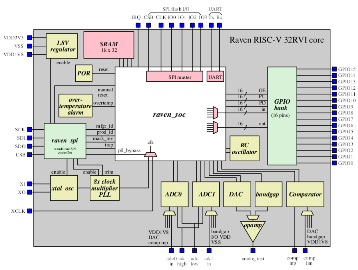 Steve Hoover is the founder of Redwood EDA. Steve holds a BS in electrical engineering from Rensselaer Polytechnic Institute and an MS in computer science from the University of Illinois. He has designed numerous components for high-performance server CPUs and network architectures for DEC, Compaq, and Intel. With Redwood EDA, Steve is introducing advanced digital design methodology and provides the open-source silicon community with the makerchip.com development platform.

Puneet Goel is a 1994 graduate in Electronics from Punjab Engineering College. He has 24 years of experience in the VLSI industry where he worked for STMicro, Motorola, Texas Instruments and TranSwitch. For the past 8 years, he has been working for Coverify Systems Technology, where he provides verification services and works on creating viable opensource solutions for chip verification. Puneet is the main developer of Embedded UVM –  Enabling Multicore Testbenches .