Hi
read_sdc is been considered as a very critical command in EDA world, as this is the command which defines your specifications, and if not written and interpreted correctly, can lead a huge delay in tapeout cycle. While a lot goes into the making for this proc (I know since I already have worked for an EDA company), I have written one to map this command with open source STA tool Opentimer.
The job of read_sdc is to convert any SDC command to an internal STA tool command. The STA tool can be anything. It’s the job of the respective EDA vendor, that it maps SDC command to its STA engine and interpret it correctly. Below image sums it all – 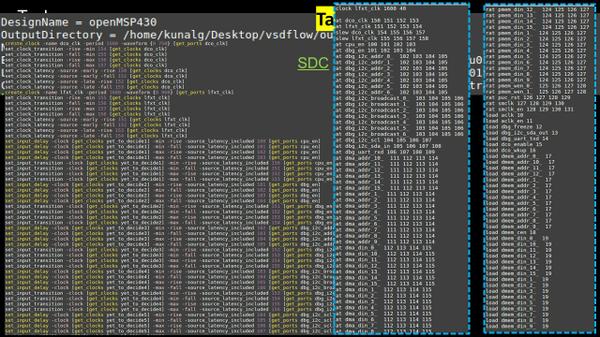 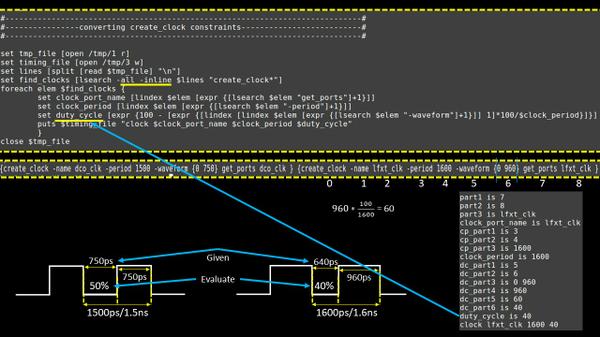 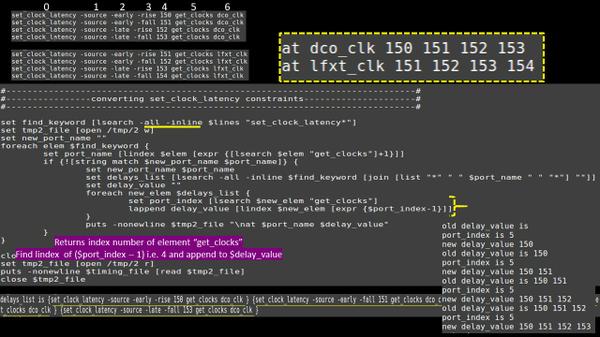 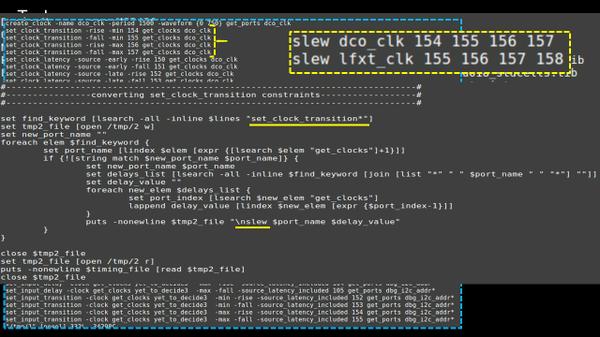 The only difference between set_clock_latency snippet and above set_clock_transition snippet is the search keyword and append keyword. This time, as highlighted above, its ‘set_clock_transition’ and ‘slew’
The above TCL read_sdc proc do prove that ‘Learning is FREE’. The recent critics on my style of learning – that I do not use standard EDA tools for teaching – can be resolved by just writing procs for important commands using open source EDA tools, and provide a EDA similar user interface.
So you have commands now, you know how to create these commands and you know how these commands behave in real world. What else you need, name it, and I will build something around it
Really Thankful to all of you for your wonderful feedback that’s helping us to push our limits and create something new…Appreciate your efforts to help us