Cutting long story short, the basic floating-point representation is shown in below image: 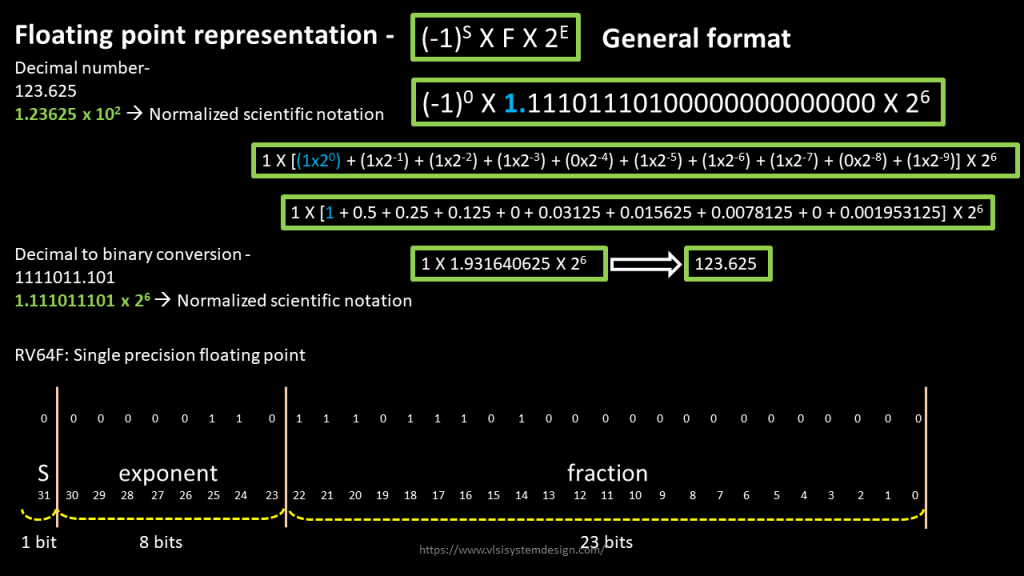 The missing point over here was the explicit mention of “1.” which always needs to be taken care of while converting any number from binary to decimal. Else, you miss the accuracy by half. 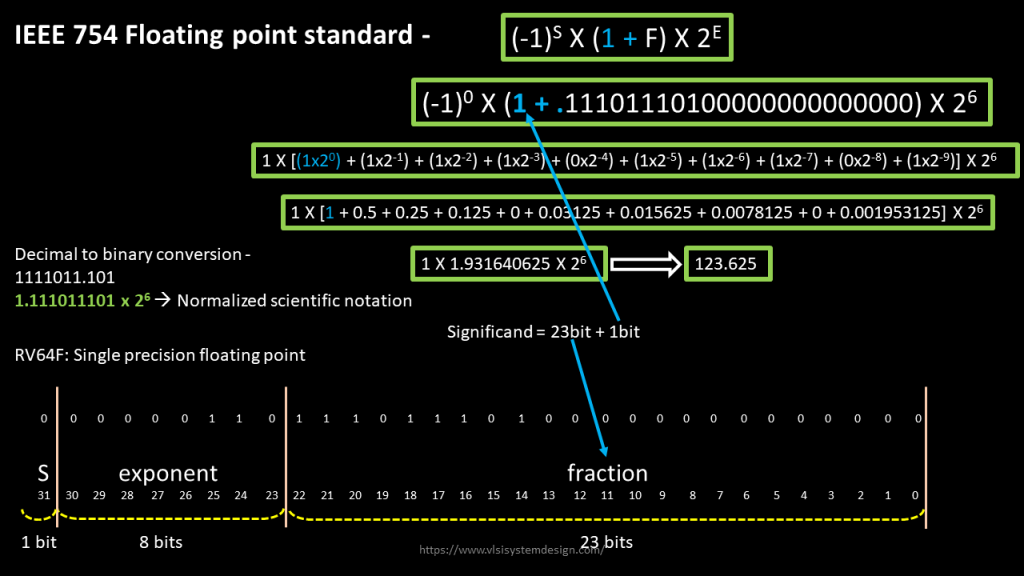 Make “1.” implicit in standard itself, and this was the inception of having “1+F” in the floating-point standard definition. Next problem was from a hardware point of view. Let’s say if you want to subtract a very large number from a very small number, the large number should be look a large number and the small should look small. Manually detecting this, and making hardware compatible to this, was a real pain.

Somebody jokingly had said, “If you find a operational bug in a chip after tape-out, change the documentation”. Well, something similar was done here. The operational problem with this IEEE form is shown in below image: 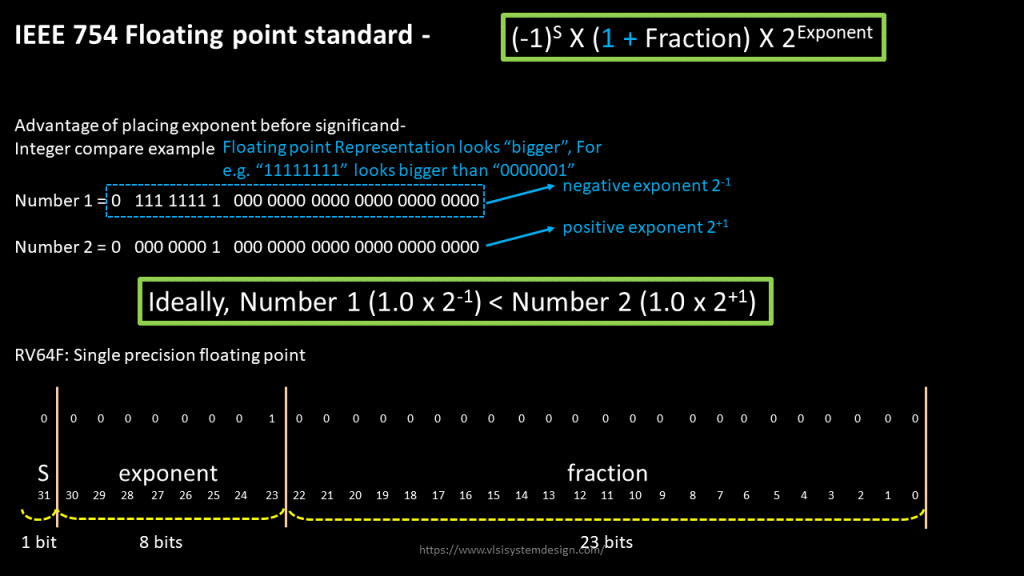 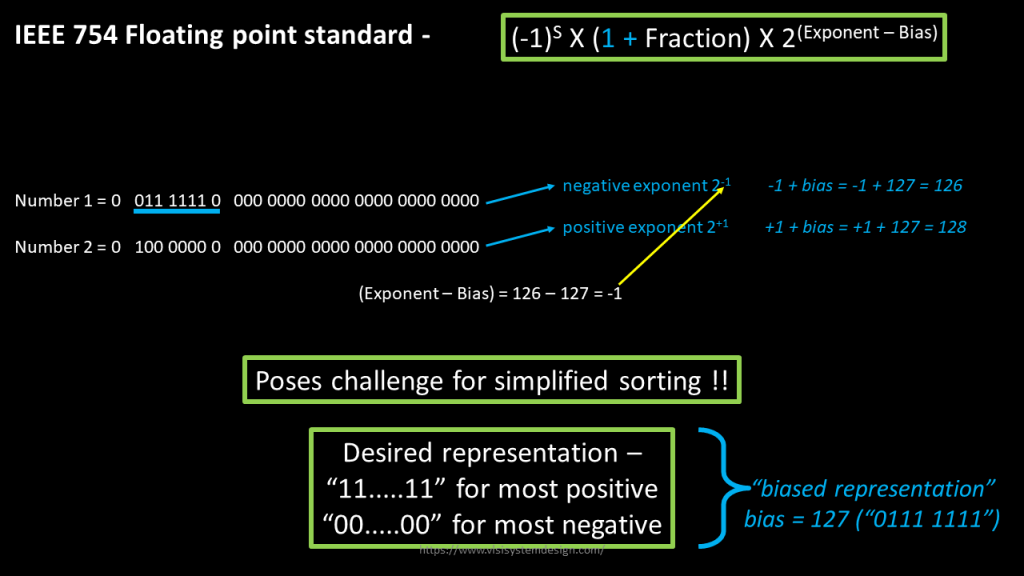 Now investigate the above numbers. Number 1 looks smaller than number 2, due to ‘1’ in MSB of exponent field in number 2. That’s the story. Now try converting any decimal floating-point number to its binary form. Not only that you will learn conversion, but you will enjoy it because now you the inception of the standard

If you want to hear more about the story of RISC-V architecture, its inception and its connection with above IEEE754 standards, you might want to enroll into below 2 courses on RISC-V:

All the best, enjoy the stories and happy learning….