Skip to content
Meet me, I am “hidden power”

When we are asked about dynamic power dissipation, below 2 things just appear at the top of our mind:

The word ‘switching’ over here means a lot. It’s not just that inputs are switching, it’s the outputs also. Now why do I stress on the word ‘outputs also’? That’s because, there’s also power dissipation that happens while inputs switch and outputs do not switch. Stay with me, I will introduce it just after this section.Coming back to switching power dissipation, take the below example: 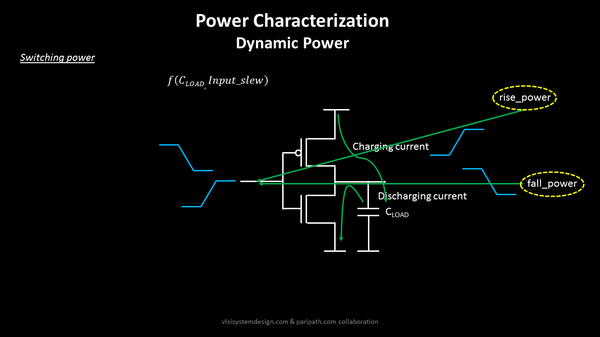 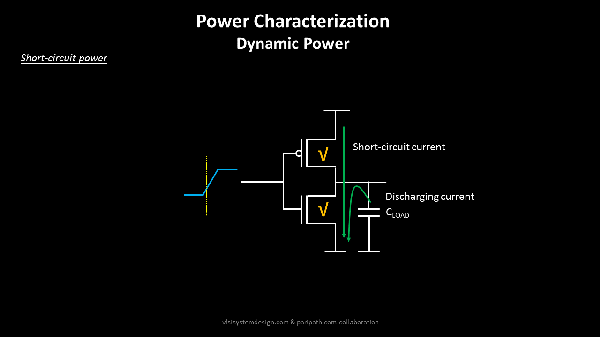 So now the big question? What if the outputs do not switch, while only the inputs switch, like the below case of AND gate 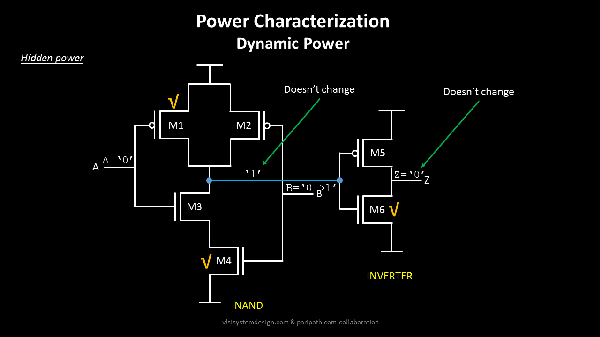 Here, if you see, even though your input ‘B’ switches from logic ‘0’ to logic ‘1’, your NAND output and hence, the AND output doesn’t switch. So do we still see power dissipation in these kind of scenarios?

That’s me…”hidden power”. That’s how I introduced myself in the beginning of the post. Now even though, in the above image, the outputs do not switch, the switching of input ‘B’ creates a unique path for current flow from Vdd to Gnd. Look at below image: 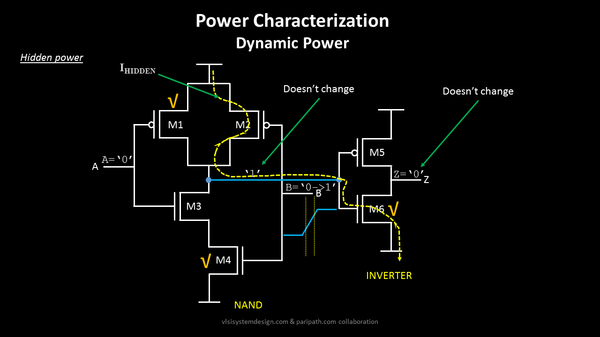 During the transitioning of ‘B’, due to similar reasons of Vgs being greater than threshold voltage of PMOS and NMOS transistors, M2 is ON momentarily, and I flow from Vdd – M2 – M6 – GND. Since I am hidden inside the boundary of the cell, the name hidden power
This brings me to very important point about myself, that if I am hidden, doesn’t mean I do not exist…

“Language exerts hidden power, like the moon on the tides” – Rita Mae Brown