You guessed it right. I am referring to ‘fabless’ model of semiconductor business… Here I am referring to one of my post, which had an open ended question “My biggest challenge – Do I have money to build better chips”
‘Fabless’ model sounds very simple and easy concept, well, it is, provided if I present to you some facts, interesting numbers and a brief history about this. Stay with me!!
Designs which were done by hand, became automated by mid 1970’s[1]. But then, developers automated design using programming languages that compiled to silicon, which eventually led to the birth of electronic design automation (EDA) and has grown to $1.11billion by third quarter 2015[2].
That solves later part of the problem. The main problem, by moving to a ‘fabless’ concept, was the need to have a standard interface for fabs to communicate with designers. Largely, there are 2 modes of communication: SPICE and GDSII
SPICE (Simulation Program with Integrated Circuit Emphasis):
SPICE is an open source circuit simulator, which is used to predict circuit behavior. SPICE1 was a derivative of CANCER (Computer Analysis of Non-Linear Circuits Excluding Radiation) program[3]. The rule was simple: SPICE model parameters from fabs is used with final netlist generated by designers and fed to SPICE engine which produced results in designer format. Here, designers need to judge the output of SPICE to review, whether results meet expectations or not. Below is one such image that explains it very well. [Image taken from online course of Circuit design and SPICE simulations] 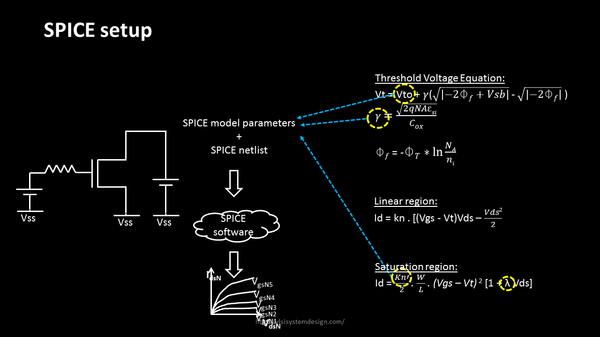 GDSII (Graphic Database System for Information Interchange):
GDSII is the final output product of IC design. It’s a binary file format represents geometric shapes (like one shown in below image) and other information about layout, which is used as photo-masks in photo-lithography step of fabs. [Image taken from online course on Physical Design Flow] 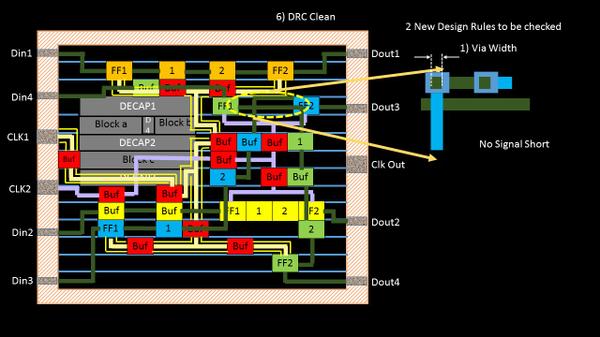 Now, with SPICE and GDSII in place, it was ‘then’ vice-president of Industrial Technology Research Institute (ITRI) Morris Chang promoted US semiconductors manufacturing to Taiwanese companies [4], who then personally founded Taiwan Semiconductor Manufacturing Corporation (TSMC) and were able to reduce overall cost of chip design due to cheap labor.
The rest as they is ‘History’….
“The secret of change is to focus all of your energy, not on fighting the old, but on building the new” — Socrates
Reference’s: